Blog - The most popular instant messenger in Russia 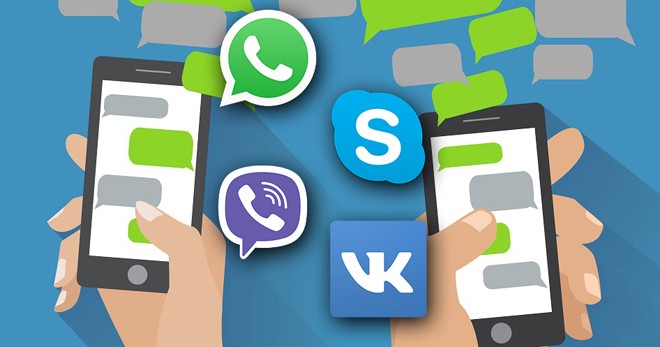 The most popular instant messenger in Russia

Messenger is an application or program with which you can conveniently communicate on the Internet. Most of us will probably remember already sunk into oblivion ""ICQ"". Of course, they cannot be compared with modern, more functional means of communication, but they performed their main task. However, new technologies have allowed us to develop more interesting programs, which, moreover, are used for business purposes. One of the advantages of the modern era is the possibility of choice. So, 10-20 years ago, the choice of applications was very poor. Today, the situation has changed dramatically, and already a number of publications determine the most popular messengers in Russia. But after all, no one would compare the 2-3 options. This indicates a great diversity, which, of course, pleases users of social networks and Internet entrepreneurs. In addition, these applications have created a serious competition of cellular communication. After all, for the same Vaber can call for free! You just only pay the Internet in time . So, popular messengers in Russia - who occupies a leading position?" The most popular instant messenger in Russia

On the first place in the list according to numerous polls, was WhatsApp. It has attracted users with a variety of platforms, as it can work on Windows Phone, iOS and Android. And this app doesn't need high-powered smartphone ,therefore it can be completely installed and work without problems even on budget phone models. Even on Android version 2.0.Initially, the application was free, but over time, the developers decided that their efforts should pay off. And set a small fee. This didn’t alienate users at all, since the board is really purely symbolic. And this is a very reasonable step on the part of the owners of WhatsApp, since due to the amount of users, the income is already substantial, and for the users themselves the costs are negligible. Therefore, it is not surprising that, considering the most popular messengers in Russia in 2018, you can see WhatsApp in the list of leaders.

It is worth mentioning, since it has a significant advantage over WhatsApp. With Viber you can make calls. It is a strong competitor to the previous application due to this feature. In addition, throughout the world, Viber is more popular, and therefore, if you want to contact to someone been abroad, then most likely it will be a connection via Viber. Also, this application is convenient for business. You can create group chats, which is convenient both for sending advertising messages and for creating corporate communications. You can easily notify your colleagues or clients of important information, while being able to make sure that they all received and read the message, thanks to the alert. Speaking about messengers in Russia, one can not but say a few words about Skype. This program was in great demand among users chatting from computers. With the advent of smartphones and applications to them, the popularity of Skype a bit decreased, as it is easier and more comfortable for users to communicate through mobile devices that you can always carry around with you. However, if you want to make a video call, you are unlikely to be able to find more convenient and simple software than Skype.

In addition, the application is available on mobile platforms. Surely Telegram becomes more popular too. This messenger has about the same number of users as Skype, so both programs compete for third place, with varied success. There are lot of depends on the updates and additional features. However, if Skype is known worldwide, then Telegram is not .Even despite the multi-language interface, the main audience is still Russian-speaking, and most of users are from Russia. If we talk about success in the Russian Federation, surely Telegram has it, But as people from other countries do not overly favor this messenger, the number of users is still not that large. However, it is quite possible that over time people will be able to add such functions that can increase interest in the application.